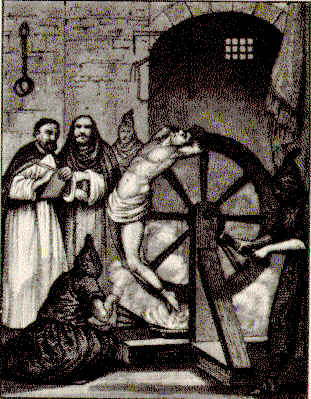 A new “study” has been published in the Proceedings of the National Academy of Sciences (PNAS) which has examined the credentials and publication records of climate scientists who are global warming skeptics versus those who accept the “tenets of anthropogenic climate change”.

Not surprisingly, the study finds that the skeptical scientists have fewer publications or are less credentialed than the marching army of scientists who have been paid hundreds of millions of dollars over the last 20 years to find every potential connection between fossil fuel use and changes in nature.

After all, nature does not cause change by itself, you know.

The study lends a pseudo-scientific air of respectability to what amounts to a black list of the minority of scientists who do not accept the premise that global warming is mostly the result of you driving your SUV and using incandescent light bulbs.

There is no question that there are very many more scientific papers which accept the mainstream view of global warming being caused by humans. And that might account for something if those papers actually independently investigated alternative, natural mechanisms that might explain most global warming in the last 30 to 50 years, and found that those natural mechanisms could not.

As just one of many alternative explanations, most of the warming we have measured in the last 30 years could have been caused by a natural, 2% decrease in cloud cover. Unfortunately, our measurements of global cloud cover over that time are nowhere near accurate enough to document such a change.

But those scientific studies did not address all of the alternative explanations. They couldn’t, because we do not have the data to investigate them. The vast majority of them simply assumed global warming was manmade.

I’m sorry, but in science a presupposition is not “evidence”.

So, since we have no other evidence to go on, let’s pin the rap on humanity. It just so happens that’s the position politicians want, which is why politics played such a key role in the formation of the IPCC two decades ago.

The growing backlash against us skeptics makes me think of the Roman Catholic Inquisition, which started in the 12th Century. Of course, no one (I hope no one) will be tried and executed for not believing in anthropogenic climate change. But the fact that one of the five keywords or phrases attached to the new PNAS study is “climate denier” means that such divisive rhetoric is now considered to be part of our mainstream scientific lexicon by our country’s premier scientific organization, the National Academy of Sciences.

Surely, equating a belief in natural climate change to the belief that the Holocaust slaughter of millions of Jews and others by the Nazis never occurred is a new low for science as a discipline.

The new paper also implicitly adds most of the public to the black list, since surveys have shown dwindling public belief in the consensus view of climate change.

An armed revolt against BP and the corporations?
Professor: Only Global Governance Can Save Us From A Century Of Chaos
Comenteaza